Charmlettes are elastic jewelry that doubles as hair accessories. Bracelets are hair ties and necklaces are also headbands. They are fairly versatile. Several other uses have been found for them as bookmarks, fan pulls, and napkin rings, among others.

Back in 2012, light-years ago, I had an idea. I had always liked the idea of anklets but found them impractical. They snag stockings, you have to take them on and off which is a hassle when you are trying to get ready. What if anklets were easier to wear. I gave myself a $20 budget and went to Joann’s.

That night, I sat my now-husband down and walked him through my idea. I thought he was going to laugh me out of the room. But he DIDN’T. Instead he started asking me questions about where I got this idea from. The Internet? Pinterest? When I told him it was all mine, he said “Yes, of course! Make them!”

I made several in varying sizes because I have chicken ankles and other people have cankles (no hate, just fact). I made tags. I even took them to an event (I’m not adding their link because they were mean to me). I was incredibly nervous and I only sold one. It was a LONG day.

Soon after, my sister stopped by to see what this idea of mine was all about. She’s just as fabulous and smart as me. So, she naturally picked up one of my elastic creations and put it in her hair as a pony-tail-holder. #mindblown

Unfortunately, I had also just been laid off, started back to school, had a 2 year-old to care for, and was working part-time. Many changes happened over the following 5 years, which I’m sure will be revealed over the coming blogs. In 2018, I had a chance to stay home with my girls. Day care costs had totally outweighed the benefit to me working full time, spending no time with the kids during weekdays, cleaning all weekend, and constantly exhausted (and angry, I’m not pretty when I’m angry). My mental and physical health were taking a serious hit. And it was affecting our family.

In September 2018, with the help of family and friends, Anklebangles debuted at Steppingstone Farm Museum Harvest Fest!

The name has changed and marketing plans are underway. Charmlettes are now available at the Thrifty Kitty Resale Boutique in Fallston, MD, featured in The Sun.

And I am just getting started. 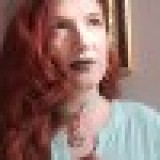 My education, my travels, and my family life inspire me to be creative. Using all the tools I've gathered (and continue to seek out), I have become a creator. My work experience spans several industries from door-to-door sales, to private-label fashion, to brain surgery on rats (also, the rats had to survive the surgery), to occupational therapy in SNFs. Oh, did I mention I went to Baltimore Polytechnic Institute, then started studying Forensic Science, had a aha moment and reversed course to Fashion Design in NYC. After that, I moved back to Baltimore, started a family, and went back to school for Occupational Therapy.
None of these experiences were enough for me, on their own. An accumulation of my experiences and knowledge, though ... THAT is something I can work with.